Fellow rock and rollers of Carolina known as “Pine Tar Rage” have announced plans to release their new single on the Gypsy Farm record label.  The song, entitled “I’m Gonna Have a Good Time“ punches right out of the gate with fierce determination; hell bent in fact, on making the most of one evening.  Writer, singer, and guitarist Ed Campbell declares, “This is about someone who’s been working two months straight without a day off.  They’ve saved up their money, stock piled their drugs only to get the flu that day…. but they’re gonna have a real good time, whether they like it or not.”

Ed, who is also known throughout the region for his bluegrass group “The Drovers Old Time Medicine Show” (formed over 30 years ago) says he’s “a rocker at heart” and that PTR serves as “an outlet for the rowdier compositions requiring more electricity” – although some songs inevitably cross over between the two bands such as last Summer’s “I Got a Headlight Out”. 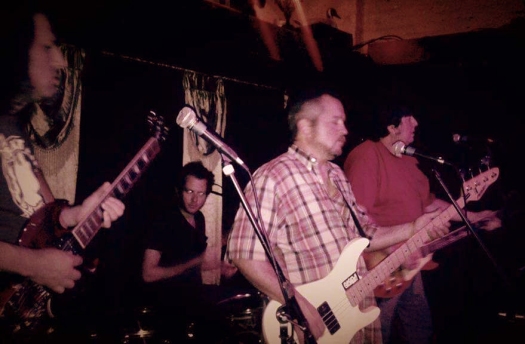 “I’m Gonna Have a Good Time” will be available for download and streaming via Bandcamp, iTunes, Amazon, Google Play, and all other online outlets March 13th!

Preview in advance and share the official music video!