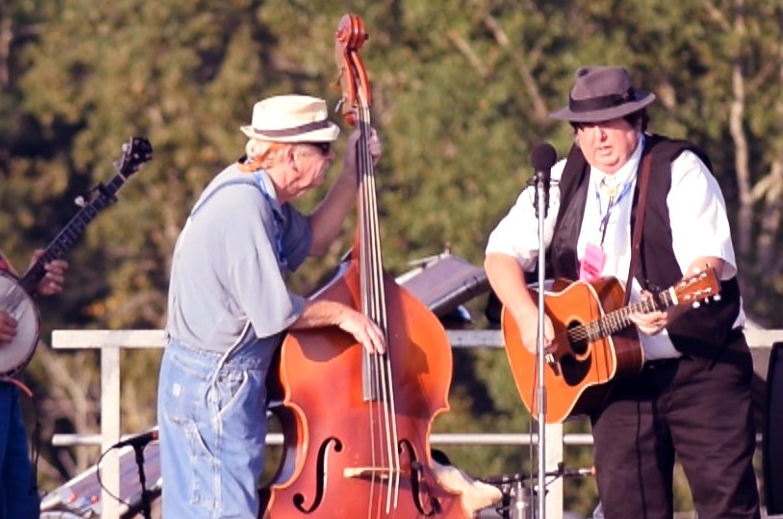 The Drovers Old Time Medicine Show was officially formed in 1987 and has been playing hard charging hillbilly music with a good dose of country humor ever since. The band started out as a kind of back porch honky tonk band, but over the years with the lineup and instrumentation shifting here and there, has become a bare knuckles bluegrass band with a good dose of country humor.

The band wears the hillbilly label as proudly as they do their bibbed overalls and stage names. From day one the band has used stage names like the Grand Old Opry performers that Campbell always admired, such as Cousin Minnie Pearl, Grandpa Jones, and Cousin Jody.